The Gear 360 has evolved to let you record in 4K or broadcast live, and then make it your own with the Samsung Gear 360 app. And with the Gear 360's smaller size and redesigned, easy-to-grip body, memories aren't the only thing you'll want to hold onto. 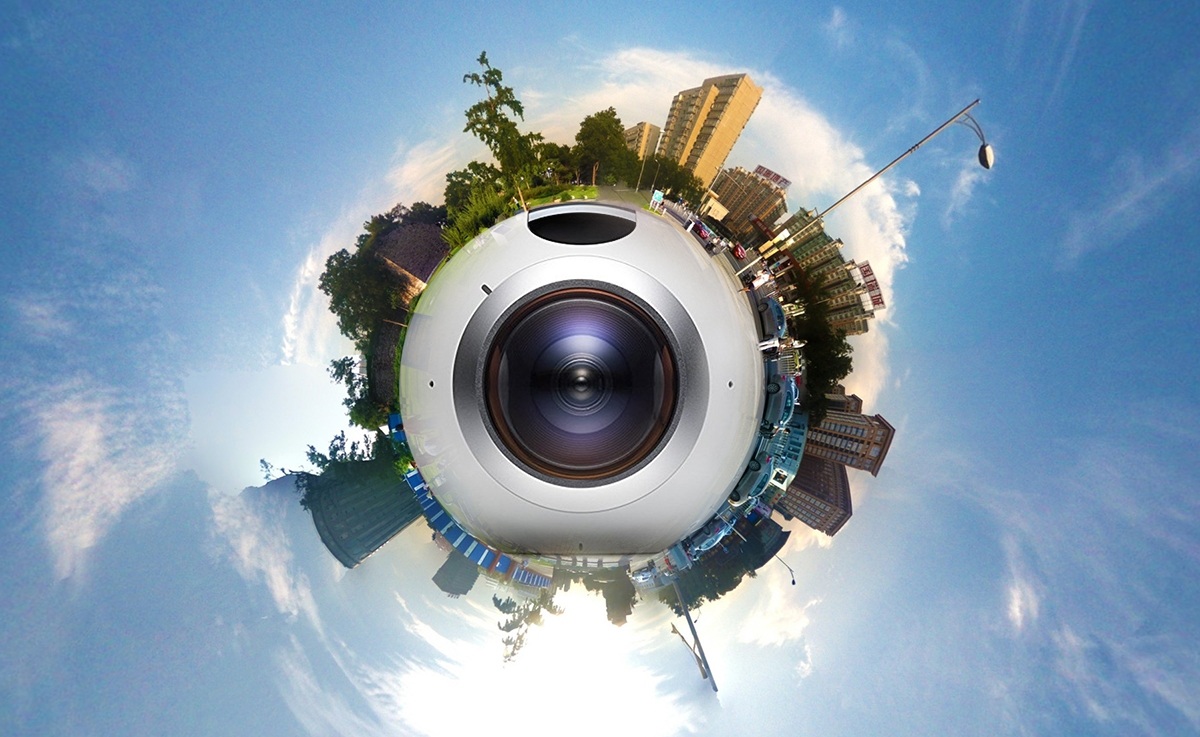 Live broadcast moments you want to share with family and friends, whether it's a special event or just a look into your day-to-day activities. It's simple to set up: pair Gear 360 (2017) with your smartphone or PC, choose a platform to stream to, and provide a real-time peek into your life.

Add a personal touch to your 360 content. The Samsung Gear 360 app allows you to switch up the view in a few taps, with multiple modes to choose from. Then, when you're ready to debut your new work, it's simple to convert 360 content into a standard video or photo format to upload wherever your audience is.

You don't need a special lens to make your content unique. Choose from five viewing modes in the Samsung Gear 360 app to easily turn your video or photo into a mind-bending masterpiece.

Go forth and record

The Gear 360 (2017) is made to catch the action all around you, and its sphere shape and dual cameras make that easy. So when you're in the middle of an adventure, it's a breeze to capture the moment in its entirety.

When you're in the middle of recording, the last thing you want is a tired hand from holding the camera. The Gear 360 (2017) is smaller in size and a lighter weight—clocking in at just 130 g—so you don't have to worry. Just hold on tight and steady with the grip, which also serves as a stand, or easily attach it to a tripod or mount.

Catch every second with the long battery capacity of Gear 360 (2017), and have the space to record it all by inserting a micro SD card (up to 256GB). There's a lot of world to see, don't let anything get in the way of your exploring. We've expanded our horizons as much as yours with the new Gear 360 (2017). Record, live stream, and share with a wide range of devices—from smartphones and Gear VR to PCs. *Android and iOS devices require a mobile app, and PCs and Macs require the installation of software to work with the Gear 360 (2017).*You may only sync with a personal computer that originally incorporates USB port A type.*Compatible devices include Galaxy S8, S8+ S7, S7 edge, Note5, S6 edge+, S6, S6 edge, A5/A7(2017) running Android 5.0 or later, and iPhone 7, 7+, 6S, 6S+, SE running iOS 10.0 or later. (There are functional limitations when using with iOS devices.)*Availability of features may differ depending on the mobile device, OS version, and region.*Please visit the support section of www.samsung.com for more information. 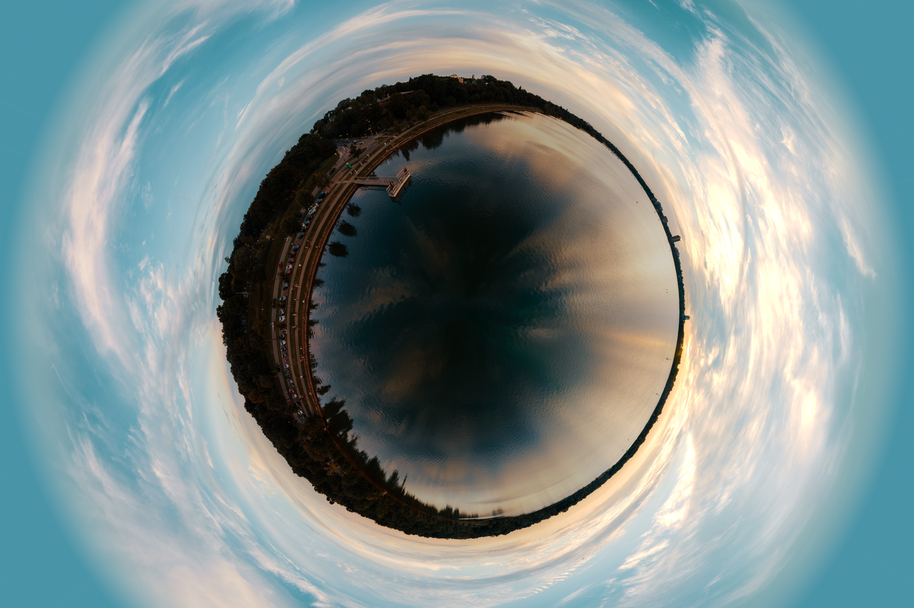 Actual colour of the product may vary from the photos displayed on the website. Mobile phone shown is only for pictorial demonstration and is not included in the package.

1 year manufacturer warranty for the Gear 360. Warranty doesn't cover regular wear and tear, breakage, life of the straps or fading of the cover or any plastic parts as they are consumable items and depends on personal usage patterns.

India, Vietnam, China, Korea*Country of origin shall be as mentioned on the Product

How some accessories not available even on Samsung stores are listed with you?

South Port being the largest stocking partner of Samsung accessories in India. We stock accessories ourselves at our own cost. So there is likely a better chance of the product still in stock with us till the last of it gets sold anywhere.

All the products sold on South Port are 100% genuine & authentic which are sourced only from Samsung India authorised sales channels and they are supplied to you with proper brand warranty and GST invoices. We do not import anything ourselves.

PS: No grey stocks here. You will only receive products marketed officialy by Samsung India Electronics and meant for sale in the Indian subcontinent.

Who should I contact if I have any questions about products or your services?

Write To Us at support@southport.in

We usually respond to calls & chat queries with in minutes, emails with in 24 hours. For any assistance required storewide, you can start a chat with us from the chat handle available on the right hand side below corner.

Samsung provides warranty for each of its product only from their authorised care centers which are located all over the country. You can locate a service center by calling Samsung customer service at 1800-40-7267864.

Please note that the warranty on products sold on this website is valid only in India except Notebooks which carry international warranty. There are different periods of warrant offered for different types of items and they are mentioned separately on each of the product pages.

We ship only through worldwide trusted courier partners using express shipping methods as standard for all the orders unless & otherwise there is any specific shipping constraint for any type of product.

Courier partners on our panel

What is the shipping cost?

We provide Free Shipping on all orders which are of Rs.1000 value & above. Its our continuous endevour to provide you the best services which are at par to the ecommerce industry standards. So we imply a small operational delivery charge of Rs. 100 to the orders if they are below Rs. 1000 cart value.

Why do you apply shipping cost to small orders?

We apply this charge to keep going with our top standards of shipping without any compromise. We never wish to reduce our service levels for just a fraction of cost which our customers expect from us. Our customers understand well this is just a small amount for the world of services they get in return.

How long does it take to get my order delivered?

We ship orders mostly in 24 hours of receiving them. we opt the best and fastest serving couriers for your order. Once they are dispatched from our facility, our couriers usually take 1-3 days only to deliver to most pin codes across India. But sometimes it depends on the serviceability of your pin code or how deep the location is to reach, basis on any local variations it may take slight more time and max up to 7 days. Any local disturbances in your area may lead to delays in shipments but we will always keep in touch and you will be well informed for any such unforeseen delays beforehand. South Port offers various delivery speeds on special urgent requests also whereever possible like same day and guranteed 1-2 days. Please get in touch with us in case you wish to opt for that.

How do I track my order?

Alternatively, you can login to your SouthPort account and check the status of the order from there. Once your order ships, you will receive a shipping notification that includes tracking information on your email ID, mobile SMS and WhatsApp. You can track your shipment through that also or you may also contact the carrier using that information.

Do you ship internationally ?

Unfortunately, we do not ship internationally at the moment. However, we are in the process of starting overseas delivery soon.

Do you provide COD?

We usually do not offer cash on delivery as standard option on our website. You can make payments using almost all types of prepaid methods like Credit/Debit Card, EMI, Net Banking, PayTM, PayPal, UPI, Google Pay, Amazon Pay, PhonePe, Wallets & Pay Later. But if you do not have any prepaid method to carry out the transaction, then we can provide you with partial COD option on request. In this you make a partial small payment while placing the order as advance and the balance payment you make to the delivery partner as COD. This is done to weed out non serious buyers. Contact us to opt for this option.

What is the return period?

We accept returns with 7 days of the order delivery provided the product is not used and is in restockable condition. By restockable we mean that the seal of the product is expected not to be opened at all. All our products are 100% original so we cannot accept returns for item which are even slighly opened because their originality can be compromised and that's what our customer is trusting us for. We value our customer's trust on us more than anything.

For cancellation of items from southport.in, please click here.

For return of items from southport.in, please click here.